Laying the Table at Peel’s

If ever there were a catalyst for mulling over your brand, then winning four AA-rosettes, a Michelin-star and Michelin’s Welcome and Service award, all in the space of two weeks, would be it. At least, it was for Peel’s restauranteurs James and Fjona Hill. It was a series of fortunate events that brought them into the foodie spotlight, and it was that spotlight that illuminated the need to finesse their brand. 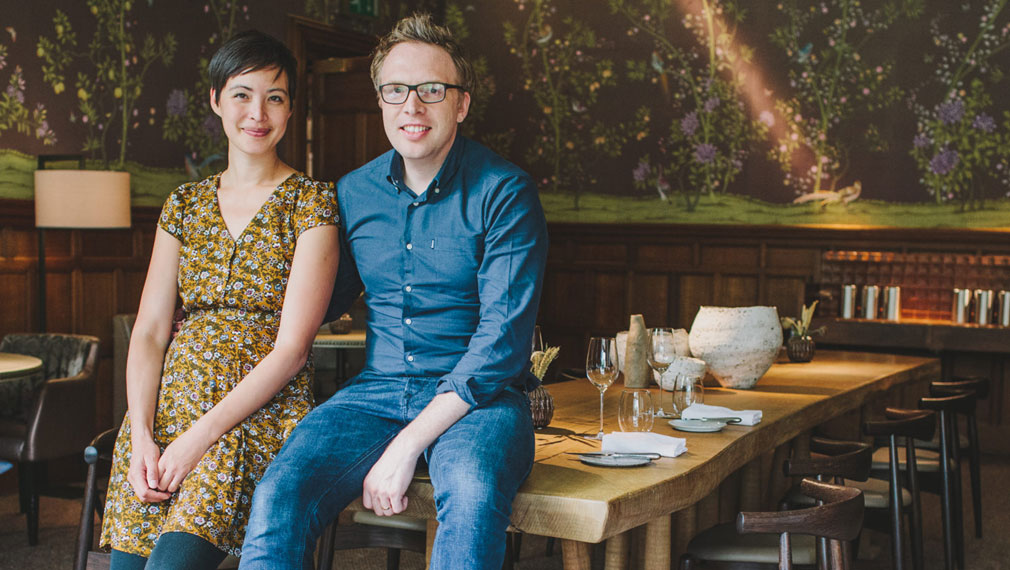 In 2008 hoteliers Jan and Derrick Hill invested in Hampton Manor, handing its renovation and stewardship over to their son, James, and daughter-in-law, Fjona. With plans in mind for a corporate space, the foodie direction came from left field. Fjona divulges:

“At the beginning it was just a case of opening this big building. One day we got a call. A supplier said ‘there’s a Michelin-starred chef looking for a job’. We hadn’t seriously thought about going to that end of cooking really. In the beginning we wanted to provide food for the hotel guests. But that’s ended up completely flipping. It’s really about our diners now having a place to stay.”

“When you’re starting up a business there’s lots of edges and corners that you have to try to navigate until you have everyone singing from the same hymn-sheet. Unless that’s all consistent, then it feels like you’re letting down the story, and letting down the work that people are doing.”

Fjona explains the tensions within the business following the boom of a star and four rosettes:

“We had this amazing food, this amazing team and sense of hospitality, but it felt a bit out of date. The space didn’t reflect what we were putting on the table.”

And so they embarked on the development of a new brand identity to wrap around the entire business, creating their own brand script and consistent collateral; an experience which brought a deep understanding of what brand is. James surmises his insight:

“Brands are stories that make sense of the proposition and give a sense of personality, identity and experience. So branding is about finding a way to draw out an authentic story. It’s about bringing something to the table that people can genuinely trust. Creativity without context is crap.” 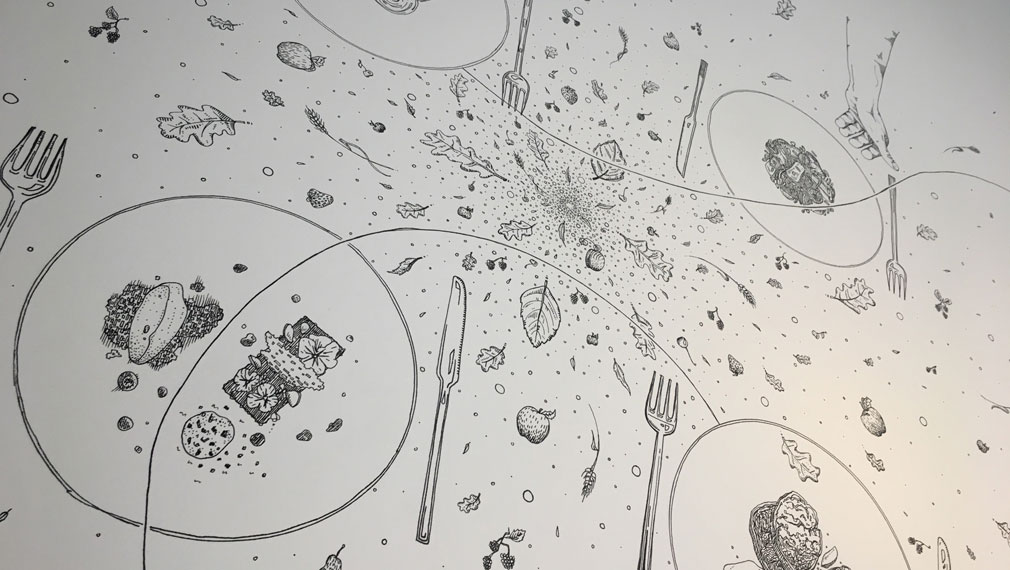 This process accumulated in the refurbishment of the Lobby and reveal of a commissioned piece of artwork; Chris de Souza’s The Table. This is an illustration depicting their core value of creating memorable moments around the table. James elaborates:

“We’d been searching out who we were for a long time, and when we unveiled [the picture] to the team, and shared it with the family, it finally felt like we’d found our voice and identity. It was a bit of a coming of age really. […] That was a step closer to all of the details pulling together; how we communicate in the marketplace, what the experience is, what the food is, the language the staff adopt. Everything needs to come together to create a sense of continuity. Customers can feel the incongruence of a poorly constructed offer. The goal is to eliminate that.’

We ask Fjona for her advice to restauranteurs hoping to embark on a similar venture:

“You can get lots of chefs and restauranteurs who are creative in lots of other ways, but might not have a clear idea of how to piece together a brand identity. Collaboration is therefore really important. When you don’t have the skillset within your own team, you need to look for the guides around you that can help you with that.”

And so Peel’s Restaurant and Hampton Manor thrive. With firm brand roots, the Manor has flourished in its ventures; reviving the Victorian Walled Garden, opening Manor Cottage on its parameter and renovating the greenhouses for smokehouses and pickling sheds. They embody our mantra that sometimes we have to prune before we can grow.