By the time Glynn opened Purnell’s, he’d already pioneered a new kind of dining experience in Birmingham. He brought the city its first Michelin-star as Head Chef of Jessica’s, but was eager to capture the spirit of the city with his own venture. Purnell’s gave him the full brand control to create a business that would put Birmingham not just into the British spotlight, but onto the Global stage.

“Birmingham is the twin town of Léon, the home of gastronomy. In 2003 Birmingham was a culinary desert. The food scene was baltis, curries and chain restaurants. […] Purnell’s is very much about being a Brummie, about where I was brought up; nostalgia and the foods as a kid that influenced me. When you’re making smoked haddock, eggs and cornflakes then that’s not France. That’s from the Birmingham market. That’s from me running round in the council estate garden waiting for mum to poach the eggs and haddock. I created my own style of cooking; from cheese and pineapple on sticks to haddock and eggs, to monkfish marsala to the mint chock chip which was an argument with my siblings as to who had the coldest ice-cream.” 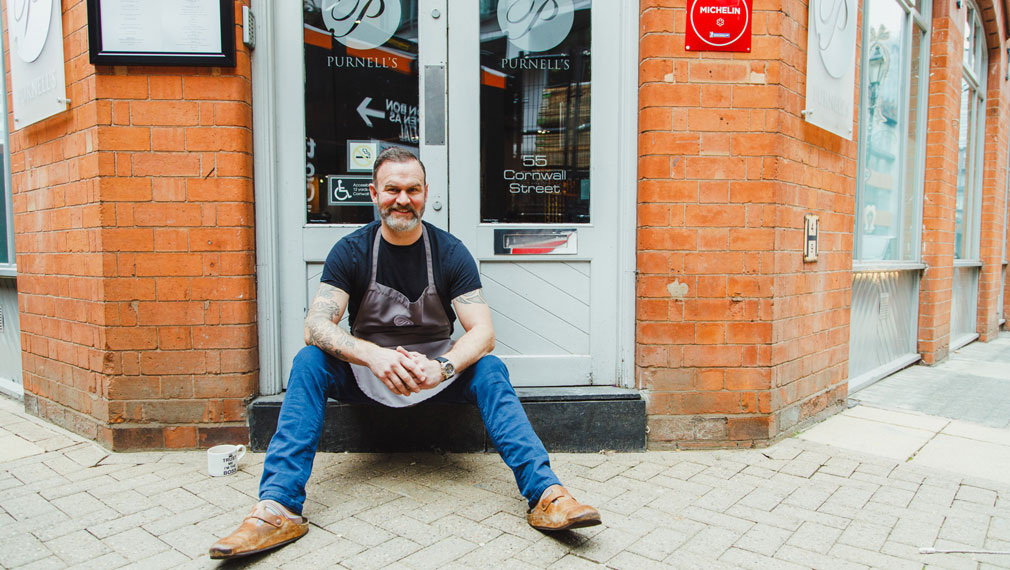 He learnt early on that branding was more than a collection of component parts, it was rooted in a strong brand identity and governed by story and emotion. This runs through everything from his dish inspiration and the huge windows looking out onto the city down to your trip to the loos. Glynn mischievously describes the birdsong that sings down the corridor and the New York ceramic tiles depicting a forest that line the walls:

“Food is a form of art, but also of science. Why can’t food make you smile, make you chuckle to yourself? It’s theatre as well. You’re not just going for a meal, you’re going for an experience. […] Your trip to the toilet gives you the chance to stretch your legs, have a walk through the forest and, like a bear, sh*t in the woods!” 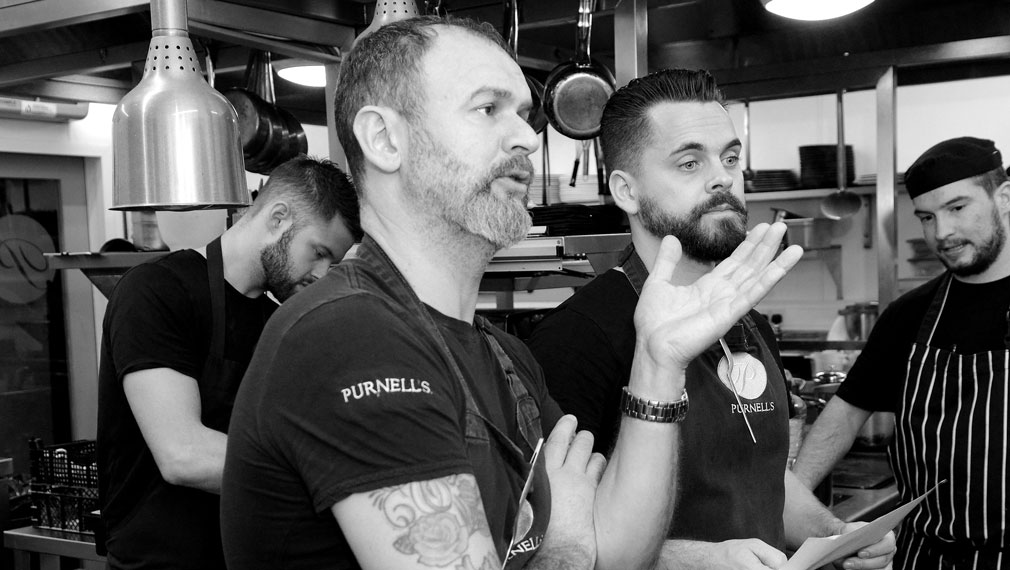 Glynn didn’t have a big budget to invest in the restaurant. Instead, realising the importance of a strong brand with visuals, he had to be a bit clever with money. Frustrated with the view of Birmingham as the tea-stain on the map of Britain, he wanted to provide people with a more joyful image:

“I commissioned a photographer to take as many pictures of Birmingham as he could within a strict budget. The only catch was that they all had to be above head height, to prove how beautiful my city is when you look up at the architecture.” 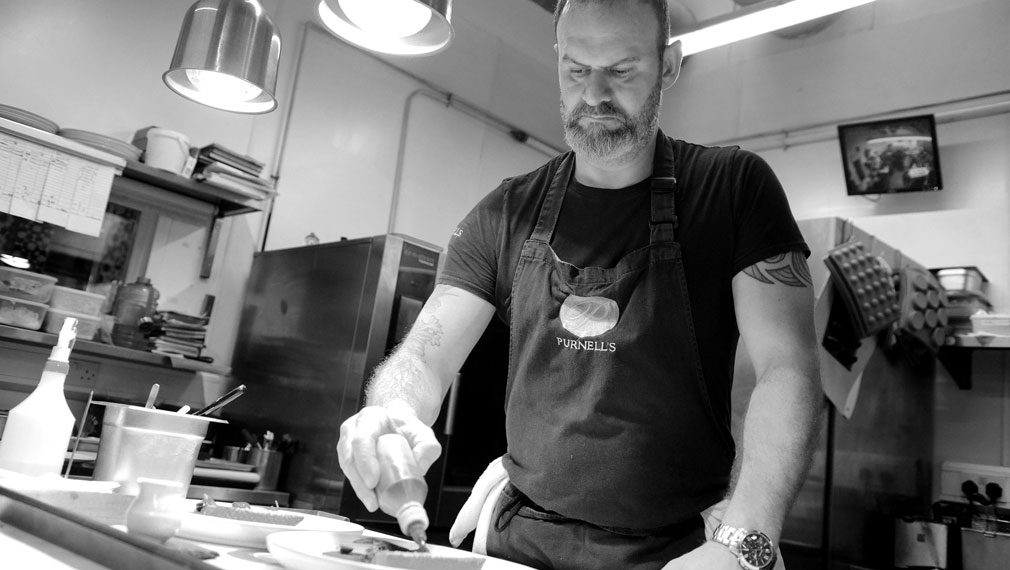 As he became a household name through The Great British Menu, his cookbooks and further TV appearances, he started to see the fruits of his brand commitment:

“I was walking through my restaurant shortly after The Great British Menu and talking to the tables at the end of service. I realised that there wasn’t one table from Birmingham. It was full of people from London, Bristol, Scotland, Wales. Now we get tables from Germany, or French tourists and the likes. It’s an international restaurant, which is something you only dream about when you’re 14 years old and want to be a chef.”

Glynn’s next stop will be at The Charterhouse in Coventry; an opportunity to grow the Purnell’s brand and de-stigmatise another city. You never know, one day being sent to Coventry might not be such a bad fate after all.